Contemporary African Design Finds Its Spotlight in This New Shop 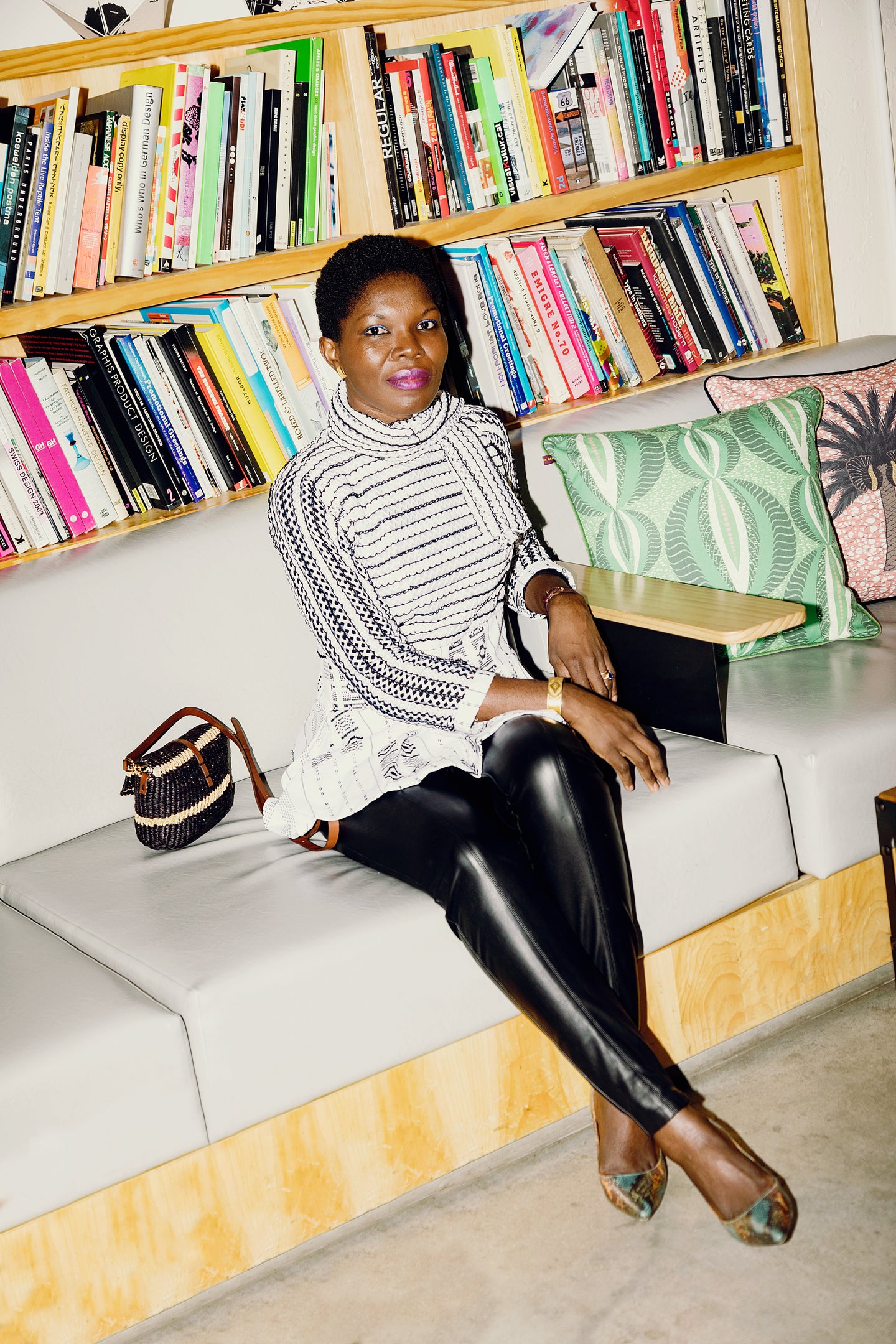 African design has always influenced the world at large, but unlike other design-centric destinations, the continent does not often get the credit it deserves. Now, a brand-new store is seeking to change that by bringing contemporary African design into an accessible, elevated space.

Founded by Nana Quagraine, who was born in Ghana and grew up in South Africa, 54kibo is an e-commerce venture that highlights the designs of emerging African designers, sharing their stories and their creations through a platform where they can get increased exposure. Its name comes from two major featured of the continent: “Kibo” is the highest summit in Africa, and 54, of course, its number of equally diverse countries.

For Quagraine, it’s been crucial to emphasize the fact that African design—long stereotyped as “tribal” style—isn’t one vague monolith. “You could think of African design and think of maximalism or black and white themes or a natural, handmade style,” she says. “These are all global design trends, which people should expect to see from African design.”

54kibo’s offerings—which range from furniture to small accent pieces and from children’s toys to wearable accessories—showcase a number of different styles that, having originated in Africa, have gone on to inspire global design movements. A rainbow-striped armchair designed and made in Nigeria shows a deliberate maximalist style, while a South African collection of wooden pendant lights shows an impressive mix of natural and sustainable materials paired with contemporary silhouettes.

Also bolstering the rising recognition of African design is the global desire for something that feels fresh but maybe hasn’t received its due recognition. “People have really been into Scandinavian and Japanese minimalist design for a long time, and right now, there is an interest in something different,” says marketing partner Alliah Livingstone. “There is so much incredible design in Africa that hasn’t reached other markets yet—this was a great time for us to showcase something new.”

The home market specifically has been an area where Quagraine found an accessibility gap. With the help of art fairs and museum exhibits, contemporary African art has become more accessible to a global audience—but the interior space, less so. “You can go to an art gallery,” she says. “But when you think, How do I get this into my home? it’s almost impossible.”

Complimentary U.S. shipping is one logistical and financial perk that 54kibo has optimized to bring African design into the home sphere, but more importantly, the effort to curate African designers with high skill and interesting stories has been paramount.

“We wanted the designers’ stories to be inspiring because we want customers to be inspired. There’s a broad goal of customers expressing themselves but also giving the world another lens to look at African design,” says Quagraine. “We really wanted to select products that are unique and can’t easily find in any other store in the U.S.—products needed to be eye-catching and have an energy to them. We also wanted products that were specifically African design–inspired.”

It feels especially symbolic that the e-comm retailer is named after the highest peak of Mount Kilimanjaro. By positioning itself as a highly curated, highly accessible space, 54kibo is placing designers at a metaphorical mountaintop, where they can receive global exposure with plenty of support along the way. For Quagraine, it’s the skill and distinctive talent of these designers that keep the brand and its story growing.

Reflecting the philosophy of 54kibo as a whole is the Adinkra symbol nkyimu, which connotes the idea of “skillfulness.” A widely recognized pattern created by Akan people in Ghana and the Ivory Coast, the grid pattern provides the foundation for all Adinkra symbols—something that 54kibo hopes to do for contemporary African design.

“We want to showcase these already amazing designers that exist,” Quagraine says. “We just want to be the foundation and platform for that, as we shine a light on them.”

This Female-Led Showroom Wants to Diversify Your Space